What Is Chronic Lymphocytic Leukemia (CLL)?

CLL is a type of cancer of the blood and bone marrow. CLL cells are found primarily in the bloodstream, the bone marrow, the lymph nodes, and the spleen. It typically progresses slowly, usually affecting older adults. Treatment for CLL isn’t always needed right after diagnosis.1,2

Small lymphocytic lymphoma (SLL) is a similar disease to CLL, but with one key difference: SLL cancer cells are found mostly in the lymph nodes instead of in the blood and bone marrow.3

To understand CLL better, it may be helpful to review some basics about blood and how CLL can interfere with the important function of your blood cells.4-10

Blood is made up of plasma and blood cells. Plasma is the liquid part of the blood in which the solid parts—white blood cells, red blood cells, and platelets—are suspended.

B cells are a type of white blood cell that produces antibodies that attack harmful invading cells such as the common cold virus and the flu.

B Cells and CLL

CLL begins when a single B cell becomes cancerous. This cancerous cell then copies itself, creating more cells that don’t fight infection as well as normal disease-fighting white blood cells.

In people with CLL, cancerous B cells take up room in the bone marrow that’s needed for healthy cells. That means there won’t be enough red blood cells and platelets, which can lead to getting sick easily, feeling tired, and losing weight.

What Are the Signs and Symptoms of CLL?

Some people with CLL don’t have symptoms. When they do occur, symptoms often develop gradually, with those who are affected seeing little to no changes in their health for years.

Some signs and symptoms of CLL include4:

If you have CLL, you are not alone.11

Age range in which CLL is most often diagnosed

What Are the Risk Factors for CLL?

There are a few known risk factors for CLL, including11-13:

CLL is almost twice as common in men as in women.

About 90% of people diagnosed with CLL are over 50 years old, and the median age of diagnosis is 70.

Most people living with CLL do not have a family history of CLL, although 5% have a relative who has had some kind of leukemia.

In the US, CLL is more common among Caucasians as compared to African American and Asian populations. The risk of CLL is also higher for people of Ashkenazi Jewish descent.

Exposure to large amounts of radiation and certain chemicals (Agent Orange, for example) has been linked to CLL. 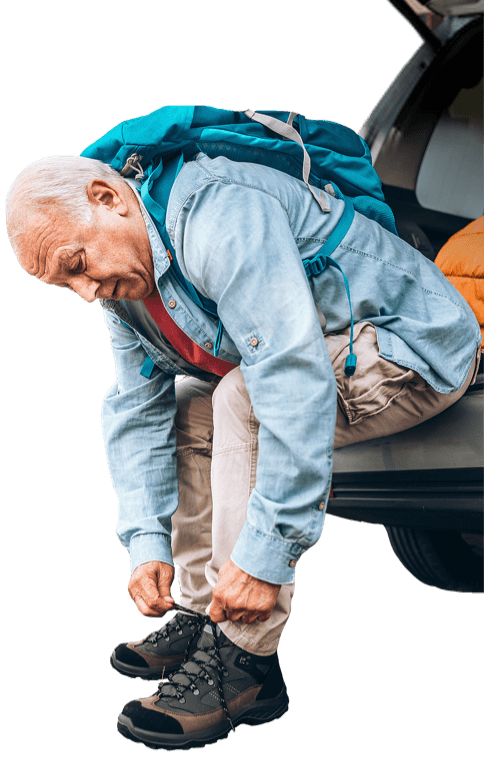 How Is CLL Diagnosed?

Your primary doctor may recognize the signs and symptoms of CLL but may refer you to a specialist doctor called a hematologist-oncologist for diagnosis. This type of doctor specializes in the diagnosis and treatment of blood cancers.9

CLL is often discovered from the results of a routine blood test and suspected when the white blood cell count is high. Additional blood tests are needed to confirm a diagnosis of CLL. For some people, a biopsy of lymph nodes is done if the blood tests are inconclusive.9

Blood and tissue samples are examined in laboratories using tests such as flow cytometry that can count your B cells to see if the number is too high.9

It’s important to ask your doctor about the types of tests you’ll need and how often you’ll need to have them. This may include genetic testing, which can provide critical information about your specific CLL type and help your doctor create a personalized treatment plan for you.9

The results of diagnostic testing can help your doctor “stage” your CLL or SLL. Staging is a rating that provides your doctor with a way to understand the expected outcome of your cancer. It may also help your doctor decide when it’s time to start discussing treatment.9,14

The Rai (pronounced “rye”) staging system is commonly used for CLL. It includes 5 stages, with the chance of cancer getting worse as the number increases from Stage 0 to Stage 4.

Stage 0-1 and an enlarged spleen, liver, or sometimes both, with a medium chance of the cancer getting worse 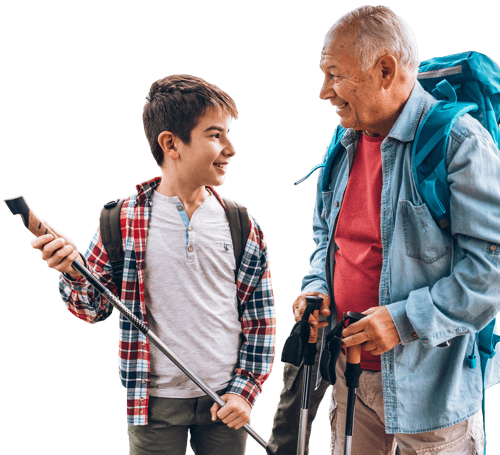 SLL staging follows the Lugano classification system. In this system, there are 4 stages that are based on where SLL cells are found in the body.

SLL cells are found in 1 group of lymph nodes

There is also a Stage 1E, in which SLL cells are found in an organ outside of the lymph system

SLL cells are found in 2 or more groups of lymph nodes—all above, or all below the diaphragm (the thin band of muscle that separates the chest and abdomen)

There is also a Stage 2E, in which SLL cells are found in 1 or 2 groups of lymph nodes and  in 1 nearby organ

Sometimes, in Stage 2 or later, SLL can be considered “bulky disease.” This term is often used to describe large tumors in the chest

SLL cells have spread widely and are found in at least 1 organ outside the lymph system, such as the bone marrow, liver, or lung

Learning From Genetic Markers for CLL

Through genetic lab tests, your doctor can further understand the type of CLL you have. Several types exist, such as17,18:

Once your doctor knows your type of CLL, potential treatment options may become clearer. Certain treatments have been shown to work better than others based on the type of CLL. Talk to your doctor to understand how genetic testing fits into your unique CLL care plan.9,18

Staying Connected to Your Care

If coping with CLL seems like a lot to bear, remember that you are not alone.

can go a long way in helping you feel supported and confident in the steps you take to manage your CLL.9

Set your CLL therapy goals with your healthcare team

Explore the Outlook for People Living with CLL

Conversely, the presence of this link does not imply the linked site’s endorsement of AbbVie or Genentech, Inc.

Do you wish to leave this site?

You're currently leaving LivingWithCLL.com and going to the Facebook page for chronic lymphocytic leukemia (CLL), a community dedicated to people with CLL and those who support them.